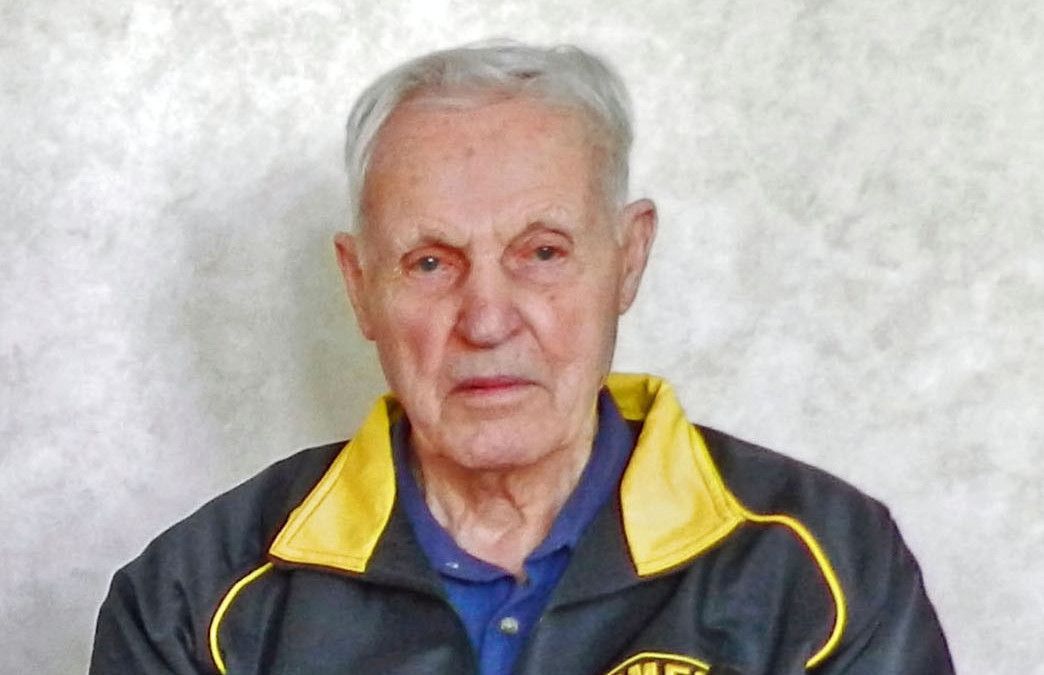 Norman Dent has now been curling in the Clif Thompson Seniors League of Stroud Curling Club for 3 years. This in itself is not so remarkable, other than when you consider he was 86 when he started! Then to add another feather to his cap, Norm accompanied Gord Thompson, Wally Kemp and Merv Wice as lead in the recent Provincial Finals Grand Masters Competition at Thornhill, successfully winning the 4th event.

Norm is not your ordinary curling senior from Innisfil. Rather he is exceptional in yet another way. Norm served in World War 2 in the Royal Canadian Armoured Corps, Tank Division, joining in January of 1945. In Innisfil Veterans: Their Lives and Memories, Norm wrote about his tank and small arms training in Brantford, Camp Borden and Meaford.

In Norm’s words: There I was aboard a military train, expecting to be deployed to Japan, when our train was suddenly halted. For the rest of the day, we sat. Finally about 8 o’clock we were told that the war in Japan was also over. I returned to civilian life in January of 1947. My wife Betty and I have lived in Innisfil since 1986.

Joining the Stroud Curling Club in 2012 was one of the best decisions I’ve ever made. At age 88, I have learned some new things about myself: firstly that I can curl using a delivery stick, secondly, I can make good shots and finally I have met many fine curlers whom I am proud to call friends.